The phrase ‘artistic muse’ has fallen out of fashion.
The reason is fairly straightforward – it’s not politically correct; the archetypal artistic muse is often a glamorous and impressionable youngster; an arts groupie pumped for inspiration. One need only think of the muses of Man Ray (Kiki de Montparnasse), Picasso (Marie-Thérèse Walter) or Francis Bacon (George Dyer) to get a sense of the exploitable nature of the role. These stories rarely end well. 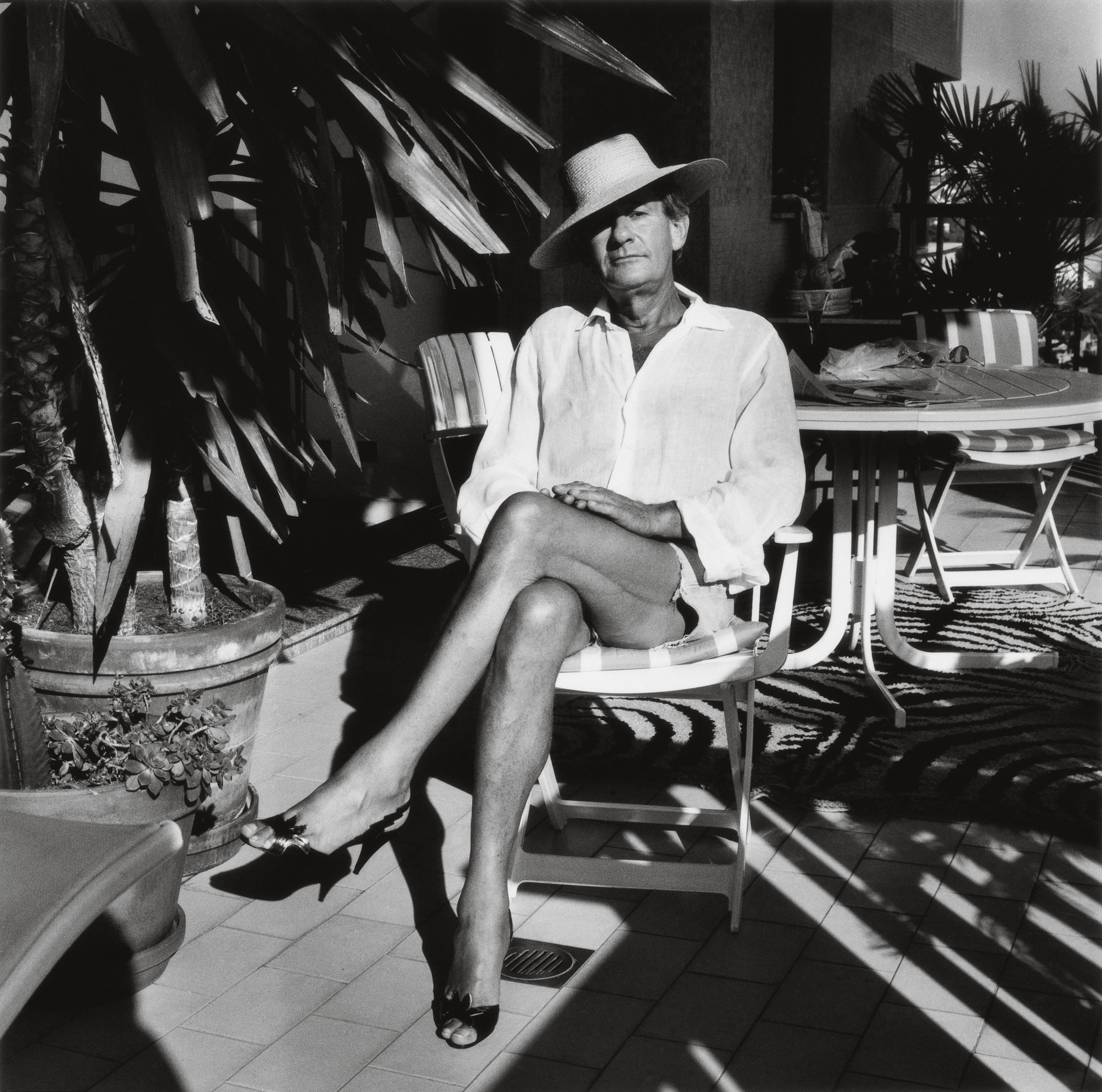 Little wonder, then, that a re-issue of 1999’s Us and Them focuses on the potentially more meaningful 55-year collaboration between Alice Springs and Helmut Newton.
Not that Newton was particularly P.C. himself: One of the most influential photographers of the 20th Century, he achieved international fame and notoriety in the 1970s whilst working principally for French Vogue. His hyper-sexualised scenarios, bold lighting and striking compositions led him to numerous awards, alongside contempt from camps both in and outside of the fashion world. He is widely quoted describing his models as ‘commodities’, which doesn’t always help his case as a self professed ‘feminist’. Perhaps the most authoritative perspective on Newton’s worldview comes from Springs herself, born June Browne in Melbourne, Australia. After marrying Newton in 1948, she played a decisive role in honing Newton’s professional oeuvre, embodying a tough yet glamorous femininity that came to define his style.
Says Newton in Springs’ 1995 film – Helmut by June: ‘I’ve always liked strong women because I feel secure. I’m not very strong […] if I have a strong woman with me, like a June – she’s a real Aussie – she’s strong when she needs to be strong, but she’s also strong in the head.
‘My mother was a very spoiled woman, but when it counted to save her family in the first days of Hitler [and] the last days of the family in Berlin, she was very much there and very strong. My father was in a concentration camp at the time, and she had to pull the chestnuts out of the fire.’

Us and Them is an ode to partnership, with the collection alternating between the pair’s own tender internal world and the high-voltage glamour of their social and professional milieu. This is a collection that disrupts the brand of Helmut Newton, with playful self portraits, untidy apartments and vulnerable, hungover mornings.
It’s also a collection that revels in the bodies of its subjects as they age, and that is where the creative collaboration seems at its most elegant. Later images show the photographers still taking immense pleasure in each-others’ bodies; this inner sanctum offering normality in a world of chiaroscuro razzle-dazzle. It’s a noble grace that takes your breath away, and it’s still gloriously un-P.C.
Helmut Newton and Alice Springs. Us and Them is available from Taschen Press. For more information see here.
Previous Article