“This is the last cowboy song, the end of a hundred year waltz. Voices sound sad as they’re singing along another piece of America’s lost.”

So goes the chorus of Ed Bruce ballad The Last Cowboy, which was released in May 1980. But although their numbers have been dwindling for years, cowboys so still exist, roaming the plains and valleys of the American West as they have done since the late 19th century.

They have had to adapt to 21st century life, though, and where the song has them supplementing their wages “in a market on weekends selling tobacco and beer’, it is now resources, from copper to gold, oil, natural gas and even wind and solar energy, which is competing with their herding and farming activities.

Lucas Foglia approaches this knotty issue by surveying the subtleties of an American icon. He travelled throughout rural Idaho, Montana, Nevada, New Mexico, Texas, and Wyoming between 2006 and 2013, visiting some of the least-populated regions in the United States and finding places in which “the landscape felt bigger, harsher and more remote than anything I had experienced”. Friends introduced him to ranchers such as Casey, Rowdy, Donnie, Tommy, Stacy, Randy, Annie, Jaime on the way; Foglia spent weeks with them, repeatedly coming back to visit, and slowly found a story – but one of mining, not farming, and its effect on traditional life.

“This little town has nothing,” Randy Stowell told him, while herding cattle on the Big Springs Ranch in Oasis, Nevada. “It’s dying on the vine. But when the company opens a mine here, it’ll bring jobs and make everything in town bigger and better. There are people who want that boost to the community. I’m not one of them. The mine will ruin this mountain and you’ll never find land this beautiful anywhere else.”

The narrative begins with photographs of cowboys and their kin, a short text by Nevada rancher Olan Clifford Teel introducing us to their world. Teel twice begins a thought with “It was quiet until…”, and Foglia’s opening images capture the calm before the storm – in some shots idyllic Marlboro Men command the landscape, in others cowboys quietly go about everyday life. But slowly, picturesque oddities appear on the pages – a pristine soccer field in front of a snowy mountain range; cattle walking in a single file along the road like refugees on an exodus; a dog sniffing large cow entrails on a sunny winter day. Then, as the barren landscapes created by the mines come into view, the quiet serenity gives way to a palpable tension. 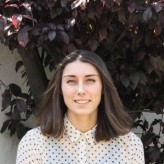 Rebecca Warger is the Marketing Director for 1854 Media/ British Journal of Photography. She has worked on creative initiatives across Australia, Argentina and London.

Early morning photography from the streets of San Francisco

Found in a Beijing recycling plant: "A weird and slightly fucked up tradition."

Lucas Foglia: “It was important to me to show, not tell”

“There is no place on Earth unaltered by people”: Lucas Foglia’s lyrical portrait of our place in the natural world